Design of a product/service for laying the focus on the experience inside of the Seabubble for usage during daily travel.

Advier is a company in Delft that advises companies in mobility-issues; for instance in how a certain travel-behaviour can be stimulated or how buildings/city centres/roads can become easier accessible. Besides that, they represent the start-up Seabubbles.

Seabubbles is a French company that produces autonomous pods meant for passenger transport. The pods float above water with the help of aircraft-technology. As a result of this technology, the traveller will not notice any vibrations which makes travelling with a Seabubble a whole other experience than travelling with a normal boat or car. This experience during travelling by Seabubble is the starting-point of this project.

Smart-Products, are finding their way into the presence of the day (see Image 1&2). This puts the necessity of the user in the actual usage of a vehicle in another daylight. It is not just about using a vehicle for travelling, it is about the entire interaction and how the traveller experiences the travel itself. As a result this could open up design-possibilities between human and machine (Smit, 2019), but also between people. The latter is discussed a great deal because of the amount of theories about how a machine replaces a human and which makes human-to-human-interaction redundant (Turkle, 2011). But when a machine takes over, doesn’t this pave the way for travellers to connect instead of being occupied by the travel itself? 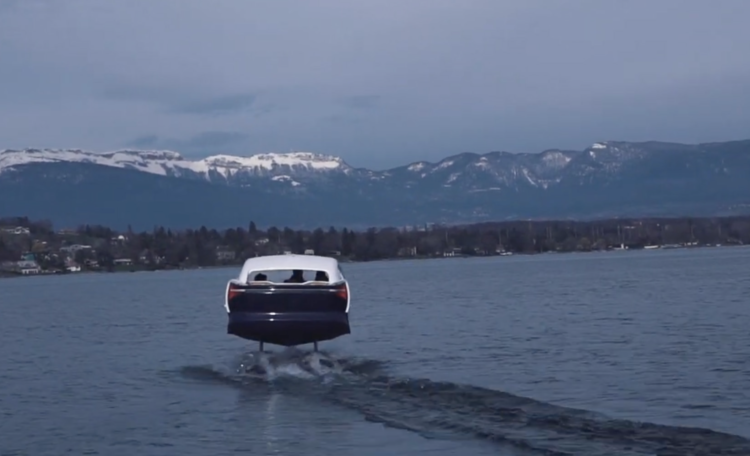