The goal of the Future Libraries Lab is to stimulate the conceptualization and realization of the public and academic libraries that are needed in tomorrow's world.

The transformative changes enabled by digital technologies have been affecting society at large, with a profound impact on the relationship between people and information. This change requires libraries to rethink their role of curators and keepers of knowledge, and of facilitators of education and dialogue.

What role can innovative technologies like Artificial Intelligence play in enabling, facilitating, and mediating access to knowledge? How can the design of library processes and programs be changed to accommodate the knowledge needs of a digital and diverse society?

The Future Libraries Lab is a Delft Design Lab that takes a multidisciplinary approach, combining knowledge and expertise in design, computer science, and digital libraries. The lab facilitates the interaction between students, researchers, and practitioners to foster the development of research and innovation activities that have the ambition to imagine and shape the future of libraries. To achieve this goal, and in collaboration with our partners, the Future Libraries Lab pursues a research agenda organized in four main themes: Knowledge Access and Discovery, Libraries for Individuals and Communities, Diversity and Inclusion in Future Libraries, and The Next Public Library: Innovation of the Library Building.

How can future libraries facilitate more serendipitous and adventurous exploration of physical and digital collections?

Modern libraries are transforming and complementing their physical print collections to digital collections. While this allows for efficient access based on a user’s specific information need, the current format of providing digital collections does not allow for easy exploration and serendipitous discovery. Physical collections still allowed to browse the shelves of a well-organized library to discover new and exciting content, but the exploration of digital library spaces is currently hindered by current access and discovery interfaces.

The goal of this research theme is to investigate how end-users could access and explore digital and physical collections with new, innovative, and playful exploration and discovery activities.

Theme 2: Libraries for Individuals and Communities

How can future libraries better serve the needs of their users, and of society at large?

The role that libraries are playing in society is changing. While technical progress allows them to expand their collections, it is often difficult for libraries to accommodate the needs of all their users, and to extend their audience beyond the predominant socio-economic groups. Libraries are transforming from places to borrow books, to public spaces for education and civic participation. The digitalization of knowledge allows new and personalized forms of content delivery (e.g. audiobooks, podcasts) and interaction (e.g., conversational agents, virtual reality), and it enables new approaches and tools for education, professionalization, and community building and engagement.

The goal of this research theme is to better understand the desires and needs of relevant public libraries’ users and to design engaging interactions and experiences for knowledge and skills development.

How can future libraries support and facilitate a just and inclusive society?

Our society is becoming increasingly diverse. Worrying trends such as marginalization, ideological polarisation, and an increasing wealth gap face the potential to profoundly disrupt public engagement, civil discourse, and, ultimately, our collective well-being. Libraries could play a transformative societal role, by embracing and promoting principles of inclusion in their collections, personnel, targeted audience, programs, and policies.

The goal of this research theme is to investigate what indicators of diversity are relevant for future libraries, and how such indicators could be used to design activities and experiences in libraries that are inclusive. With this, we seek to raise awareness on issues of diversity and inclusion in library contexts, and design novel physical and digital information access mechanisms that explicitly take these aspects into account.

Theme 4: The Next Public Library. Innovation of the Library Building

a) How do library buildings change in order to serve an increasingly pro-active, digitalized community?

The collective relevance of the library today is difficult to grasp as it hardly escapes personal imagery and nostalgic rhetoric. The present public library is instead a multifaceted institution offering a multiplicity of new services and media access to all; a powerful and vital pro-active environment for grassroots autodidactic self-realization; a public space and public place of urban sense counter-fighting the erosion of digitally-led public sociality. From place of information-consumption, the public library is rapidly evolving towards a place for information-production. Consequently, identity, programming and architectural characters of public libraries are in need of critical re-envisioning.

What new architectural forms, types, relationships, urban and public roles can be associated to the changing condition of the public library?

b) How can the raising ‘making culture’ be accommodated in library buildings?

More and more libraries worldwide are offering performative spaces to support users’ creativity and to contribute to spread 21st century skills and digital literacy. These spaces are different kinds of workshops, ateliers, labs and makerspaces facilitating making and doing, both in self-directed or assisted by tutors. Making can refer to physical and digital fabrication, coding, robotics, music, arts and so on. Making is rapidly evolving towards becoming a leading culture in contemporary society, pushed by the booming of dedicated apps and supported by rampant social and economic processes, like empowerment, broad cultural participation, prosumerism, entrepreneurism, knowledge economy.

What spatial and programmatic features of makerspaces are relevant in the context of the public library, and how to design these spaces taking into account both the future of making and the future of the library institution? 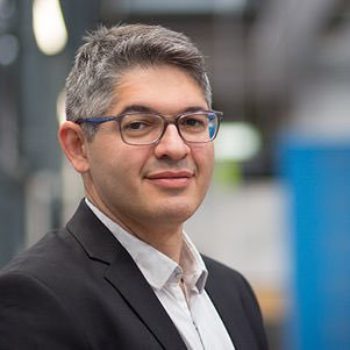