Addressing the need of stimulating strategic thinking and dialogue between multi-scalar stakeholders for the Port City territory, students in the course Design & the City have mapped values and tensions in Port Cities. A selection of the Value Maps developed by the students are showcased in the PortCityFutures’ exhibit “Mapping values and tensions in Port Cities” and presented during the recent conference ‘(Re)tooling the Port City Territory: People, planning and participation’.

Throughout history, the position of port cities at the intersection between water and land has since long favored the natural flow of people, goods and ideas, making these territories especially resilient and prone to innovation. In a time of global challenges and increased need for transitions, port city territories are then considered especially interesting to investigate as breeding grounds for innovation.

In recent times, a growing international competition has led to growing containerisation and other radical transformations that have weakened the synergic relationship between ports and cities, creating a distance, if not dispute, between these two areas sharing the same territory. A renewed understanding of the internal dynamics of port cities are therefore needed, in order to recover a generative dialogue between ports and cities.In the Netherlands, the Leiden-Delft-Erasmus institute PortCityFutures has been set up with the specific goal to investigate “the socio-spatial conditions, use and design of port city regions”, especially focusing the “areas where port and city activities occur simultaneously and sometimes conflict”, to understand “the specific characteristics, values, and mindset that make them prone for social and urban innovation”.

At the conference ‘(Re)tooling the Port City Territory: People, planning and participation’, organized by the RETE and PortCityFutures, Ingrid Mulder presented our ongoing research on using port cities as spaces for transition, to pioneer with new design approaches and to contribute to the timely discussion on “spatial, socio-cultural and political tools that enable shared learning, co-creation and pertinent communication to stimulate strategic thinking and forge realistic dialogue between multi-scalar stakeholders for the port city territory”. Her presentation entitled “Mapping values and tensions in Port Cities” is one of the results of the research project Values for Participatory Port City Making, awarded by the Delft Design for Values Institute. Values have been recognised as key to solving disputes between urban developments at a time of transition, especially within the dynamic (and sometimes contested) territories of port cities. Benefiting from the findings of a previous  DDFV seed project Research through Design from Values, the research conducted by the ParticipatoryCityMaking Lab aims to improve the definition and operationality of values as enablers of innovation by taking port city regions as case studies for the development of specific design proposals. 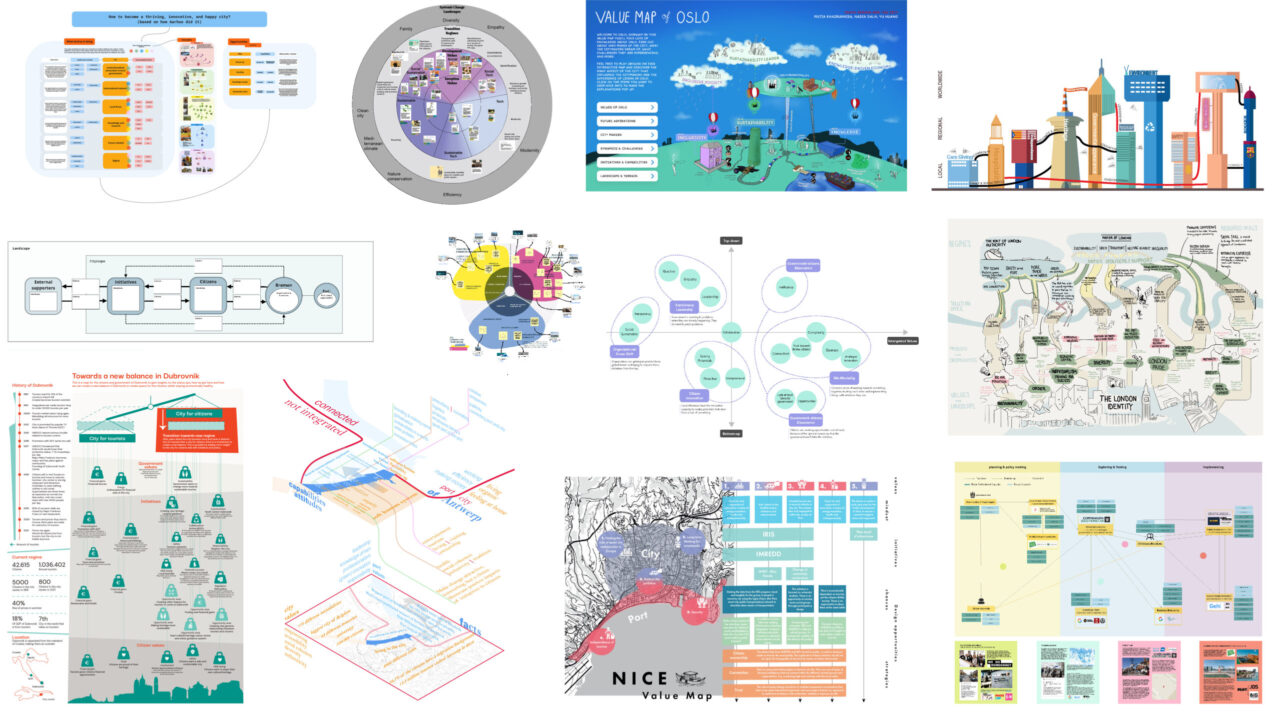 A series of Value Mapping for European Port Cities

Within the goals of Values for Participatory Port City Making, the Lab has been working on the development of research tools aimed at unveiling and highlighting values and tensions within port cities. This with the goal to make values more actionable tools for strategic dialogue among port city stakeholders. As an outcome of this research, a series of Value Maps have been developed that help capturing and utilising values and tensions within port cities.

Value Maps are visual place-holders that represent the conditions, values and mindset of a port city in relation to the ecosystem of innovation initiatives that the city presents. By highlighting connections among different actors in the context, these maps also evidence the existing tensions among the different values present in port cities. For example, between bottom-up initiatives and top-down infrastructures managed by local governments. By making explicit values and tensions in port cities, a value map aims to enable strategic dialogues, shared learning, and ultimately co-creation among the different urban stakeholders acting in the port city territory.

The strategic tool of Value Mapping has been developed more precisely within the elective course Design & the City (ID5127), offered by the Participatory City Making Lab at the faculty of Industrial Design Engineering, Delft University of Technology. Students taking part in the course have worked in groups, developing each a Value Map for a specific European Port City. In the cohort 2021-22 fall semester, students developed 12 Value Maps for either Port Cities around the North Sea (Aarhus, Antwerp, Bremen, Copenhagen, London, Oslo) or around the Mediterranean Sea (Athens, Barcelona, Dubrovnik, Marseille, Nice, Valencia), being coached by Alberto Magni and Ingrid Mulder. At the conclusion of the course, the Lab was invited to showcase a selection of these maps as an outcome of the Values for Participatory Port City Making, among other PortCityFutures exhibits.

An online exhibit to share the value of mapping Port Cities

A selection of the Value Maps is now showcased in an online exhibit entitled “Mapping Values and Tensions in Port Cities”. The exhibit introduces the work conducted with students within the Design & the City course for the development of Value Maps tools for several port cities across Europe. In particular, the selected three Value Maps from the course illustrate the insights on values and tensions present in the cities of Valencia, Antwerp and Oslo.

In different ways the value maps illustrate the dynamics taking place in these cities, telling each a particular story that derives from the contextual values and tensions that were captured by students.

In their Value Map(s) of Valencia, Puck Gerritse, Micha Swen, and Justė Motuzaitė highlight the tensions deriving from the city government’s ambition of becoming one of first Europe smart cities, and the deeply rooted values of ‘bottom up’ initiatives and citizens for a socially cohesive and liveable city. Stressing the need for the government to improve their ability to reflect and collaborate with other stakeholders in the territory.

In their visualisation of Antwerp, Annemijn Hollestelle, Kim Vroege, and Ruby Schaap highlight an asymmetrical relationship between city and port, where the port is trying to integrate innovation approaches from the city while the latter is not yet doing the same. Through this tension, the map also highlights opportunities of focusing on shared aspects and interests between the two parties, facilitating collaborative learning and innovation.

Last but not least, Mutia Khairunnisa, Nadia Dalh, and Yu Huang propose a metaphorical illustration of Oslo’s dynamics. In an interactive clickable map, students photograph the increasing values and challenges of a city that is trying to develop more sustainable values, while leaving aside the historical connection to the oil industry as a major economic resource and focus.

In conclusion, the Value Map tools resulting from the course represent a valid contribution to the objectives of Values for Participatory Port City Making and PortCityFuture, by providing scaffolding tools to turn port cities’ values into actionable elements that stakeholder groups can utilise to dialogue, co-create, and ultimately innovate port cities territories. Thanks to the possibility of showcasing these results at the ‘(Re)tooling the Port City Territory’ event, and the online exhibition “Mapping Values and Tensions in Port Cities”, we trust values will a guide a larger public of interested researchers, practitioners as well as port city stakeholders while innovating their city. 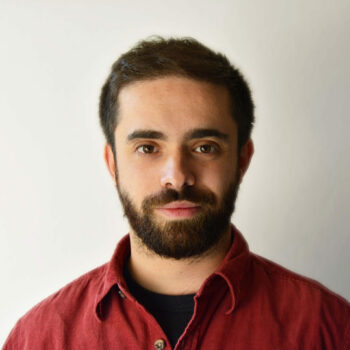