Politics and design: a relationship to work on

Which kind of challenges do designers face when dealing with political matters in the public sector? Are there current practices or strategies to overcome these issues? SPD master student Ariele Empirio shares her insights on how political dynamics can affect the efficiency and acceptance of design practice in the public sector and some capabilities that designers could develop.

After a Bachelor in Industrial design, Ariele started the MSc in Strategic Product Design with the desire to approach design on a more systematic level. Throughout the Masters, she developed an interest in the role of design for social innovation that brought her to join the course Concept & Conceptualization (C&C)’ track “Design methods and capabilities for tackling societal challenges in urban context” edited by the PCM Lab.
Through her participation in this track, Ariele took the chance to investigate the role and the activities of a designer in the public sector, especially focusing on how designers deal with political matters arising within the public sector domain. 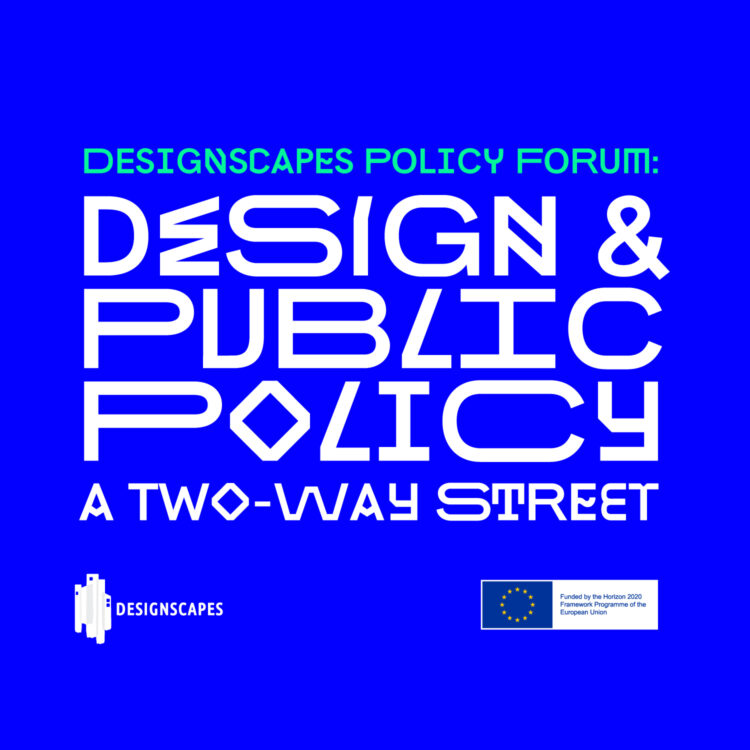 Nowadays, pressing issues are demanding public structures and policies to move towards social innovations as well as new cultures and practices to achieve them. Such demand fostered increasing interest for public sector design, pushing different design professionals to explore new forms of practice to create innovative solutions for social issues.
Interested to explore from a designer’s point of view, the challenges that the co-existence of design and political matter imply in these public structures, Ariele initiated a research with the following questions: Which kind of challenges do designers face when dealing with political matters in a public context? Are there current practices or strategies to overcome these issues?

To investigate these questions, she first conducted a literature review from which she found that oftentimes the role attributed to the designers in this sector is to spread the understanding of processes and to develop new concepts. This kind of actions, however, might require a collaborative approach to be effective and bring to a favourable environment.

Afterwards, to explore how expert designers currently operate in and for public institutions, Ariele interviewed two design professionals who respectively worked in an innovation lab internal to a provincial government in Canada, and as a researcher who collaborated with policy advisors both at national and local government in The Netherlands.

The interviews enabled participants to first frame their role as designers in the context of public sector, and then to dive into the relationship between politics and the design practice to unveil any related challenges. The interview ended with a reflection on current and possible strategies to overcome such issues.

Both the experts interviewed indicated that designers’ tasks are multiple and subordinated to the context and its structure. However, among the differences, some commonalities arose from the two experiences. For example, in both cases, the designer often facilitated the process by being a part of it, and at the same time by trying to connect the many actors involved. This kind of activity requires mediating different interests, including the ones of users that aren’t directly involved in the practice, such as citizens.

Both experts also pointed out that the level of embeddedness of the designer in the organization can differently influence on which level they are able to act inside it. When being more integrated, the designer has the chance to actively experience the reality of the institution, while working as an external consultant allows being more critical about the initiatives of the organization.

These characteristics of the designer’s role can determine the acceptance of the design practice in the organization. The role of designers in the structure established the relationship with other stakeholders and whether the latter found the design process an imposition, or the designers themselves as outsiders. In particular, one of the interviewees found resistance from those who had a long experience in the organization and saw the design practice as an intrusion. Therefore, both interviewees believe there is a need of understanding the workflow and the communication modes of the public administration.

Dealing with the political structure and culture can be particularly tough since interests and tensions are often not outspoken. The lack of interaction with main political figures has both gains and pains. On the one hand, without direct involvement, there are fewer probabilities of power dynamics that could harm the process. However, without participating, they may not see where the design value is. On the other hand, political presence could bring a project to get taken in an unwanted direction. One of the experts sees this as a significant trade-off for designers in this field.

In addition to that, changes in the political spectrum and strict pacing ask for a solution focus approach that may conflict with the design process. The pressure on delivering and the need for tangible results are then prerogatives.
In general, this sector results to be risk-averse and not open to failure as an opportunity to learn. From a designer’s perspective, this can be counterproductive, since it reduces the opportunity for improvement through iterative processes. 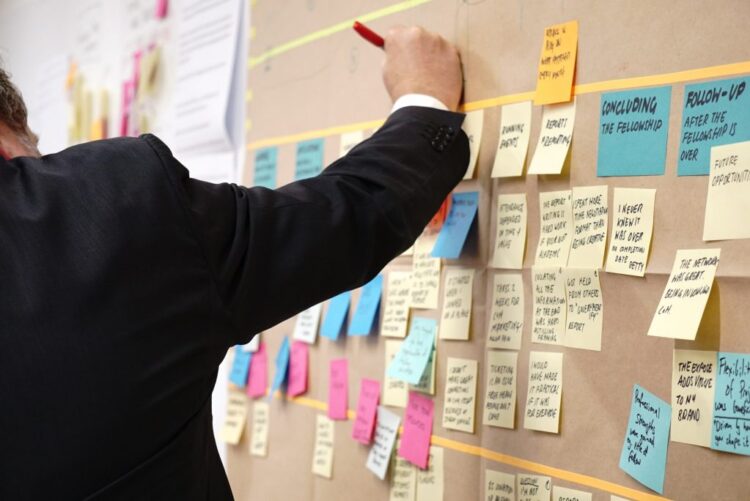 What can designers do to address these issues? From the interviews, Ariele found some interesting directions for designers.
It seems to be crucial to be able to set a network for integrating users’ and stakeholders’ needs. And eventually, make it effective through a transdisciplinary collaborative approach. Some good habits for setting a collaborative environment were suggested: managing the expectation from the beginning, setting objectives and values upfront, and building courage around the process.

Another main theme that came out during the interviews was the necessity of gaining consensus around the design practice. In this sense, the experts highlighted the importance of communication. On one side, it should be entrepreneurial and persuasive in convincing, thereby accessible to anyone. On the other side, the designer should be attentive in not imposing their ideas. Thus, they have to adapt to the language, workflow and dynamics of the public administrations and politics, to smoothly integrate their action. Last but not least, another way to be compelling in a result-focus environment is to use early prototyping at any stage of the process to show signs of progress.

Overcoming the fear of change

Reflecting on her research findings, Ariele realized how the obstacles she found shared the common issue of intrinsic resistance to uncertainty and risk, and therefore changes. Such resistance may have different consequences on the designer’s job within public institutions, first and foremost the acceptance of the design practice in such sector. Ariele believes that the reasons for this behaviour may be related to the political tensions and interests that public managers have to manage in their practice, as well as the great responsibility derived from political power.
It follows that designers advocating for their process have to gain the necessary consensus and a network of collaborations from different disciplines to be accepted by public institutions legitimately. These elements can constitute a solid base to build upon and could help to navigate the undercurrent politics in this sector.

Photo 2: by Jo Szczepanska on Unsplash

Written by Ariele Empirio. The work described in the article was produced in the Track “Design methods and capabilities for tackling societal challenges in urban context” edited by course Context & Conceptualization, with the supervision of Alberto Magni. These insights further sparked the interest of Ariele for design in the public sector design.