We co-organized this event because the nexus of successful projects is found in skilled and experienced people. These experts showed entrepreneurial behaviour which helps them to overcome unforeseen and ambiguous challenges inherent to most projects. This observation is perfect in line with the aim of the Entrepreneurship by Design lab : building theory from entrepreneurial practices!

The role of technology of foolishness within Project Management.

The workshop explicitly focused on connecting practice to theory and aimed to illustrate how the richness of professional practice isn’t captured to sufficient levels within the literature on PM. First was illustrated that in real life there are no projects that are not to be considered as being innovation projects. Therefore, we provided an elaborated definition of what innovation, or better the verb of innovating, actually is: to introduce something new in an existing environment. 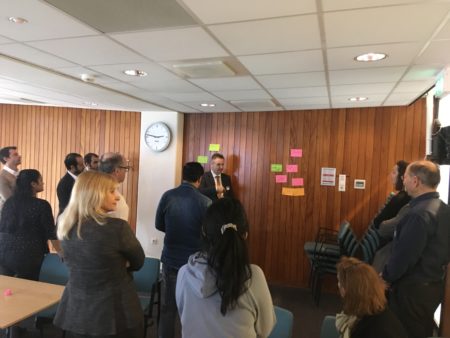 We introduced the distinction of explorative versus exploitative activities as introduced by top-scholar James March early 90’s. Exploitative activities are based on existing knowledge and plans. Explorative activities are aimed to identify new knowledge for future activities. We asked participants to visualize the distribution of these two very different activities over the duration of a project from start till end. And such for two different projects they’ve been involved in: a smooth project and a troublesome project. The observation from this was: all projects experience both kinds of activities. For the smooth projects this didn’t lead to delays and cost overruns. For troublesome projects in some cases the explorative activities became dominant after encountering severe setbacks, leading to delays, cost overruns and even projects to come to a halt.

From there we discussed the role of ‘technology of foolishness’ that was also introduced by James March. However, at first there was no strong relation to the two notions above. March needed something to counterbalance his ‘technology of rationality & reason’. He couldn’t find an appropriate term to name the unstructured and playfulness that he had in mind, so, ‘foolishness’. In his opinion a necessary element to be able to identify new and useful thoughts. In one of his final works he connected the technology of foolishness to his famous notion of ‘exploration’. Based on his descriptions of ‘foolishness’ and what it should do we were able to connect this notion to the field of design and design literature. It was Nigel Cross that described the behavior of designers as: ‘Though this be madness, yet there is method in it’. An interesting similarity to what James March was looking for.

Two real live examples supported our message. The first was Unilever’s efforts to ‘innovate the way they innovate’ by means of the technology of foolishness, that is, by design. The second being the development of Boeing’s 787 Dreamliner that failed to provide the necessary attentive space for the technology of foolishness by over valuing their existing technology of rationality. Boeing failed to listen very carefully to the ‘foolishness’ from one of their senior technical fellows by the name of John Hart-Smith who warned against the potential problems the massive outsourcing of the development and manufacturing of large modules to a large set of first tier suppliers. The unprecedented delay of 40 months, the acquisition of suppliers and the immense cost overruns proofed his right.
During the workshop we showed the importance of paying a fair amount of attention to ambiguous and at first sight non-rational thoughts and ideas during the unfolding of projects as well as programs. The necessity of taking stock of rational progress as well as of unconventional and ‘foolish’ perspectives might transform the management of projects into the leadership of projects. 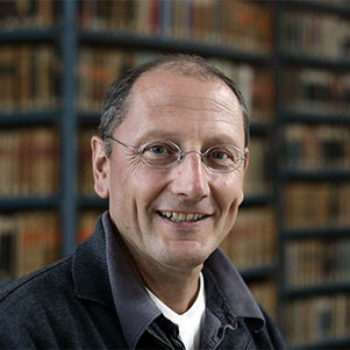