Designing the human and autonomous vehicle interplay in a smart city

Creating a new solution for an intersection used by fully autonomous vehicles and human bystanders to create mutual trust and understanding through two-way communication.

The self-driving car, or autonomous vehicle (AV), is not as recent of an interest as we might think. Already in 1930’s people toyed with radio controlled vehicles and roads that guide it. Almost a century later cars have gotten more advanced and are reaching new levels of autonomy.

The current infrastructure was designed specifically for humans to drive their cars, it has not yet been redesigned and optimized for the self-driving vehicle. Since this new Thing* is an autonomous vehicle it will operate by itself as an independent participant on the road. Thus the AV itself becomes a stakeholder in the design of the infrastructure environment and its needs have to be accounted for. This calls for a new way of designing the environment. We could wait until the first fully autonomous vehicles start driving around, or we could address the challenges now and through (for now speculative) design we can conceptualize what the environment will have to look like. 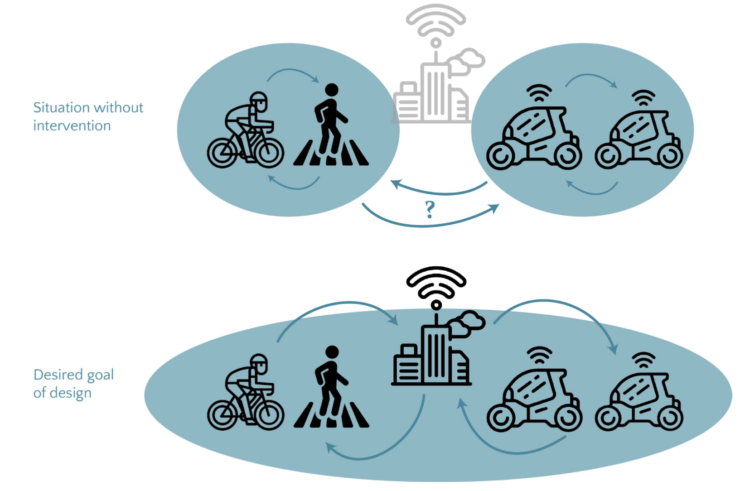 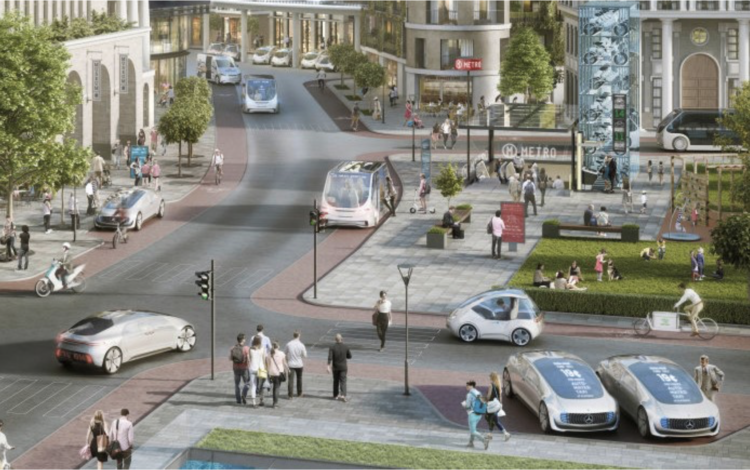 With the disappearance of the driver behind the wheel in a fully autonomously driving vehicle, the possibility to directly communicate with whom- or whatever drives the vehicle disappears. Through sensor technology AV’s can communicate among each other and with other connected Things that will emerge on the streets. Consequently, when the driver becomes a what and not a who, humans cannot communicate as usual and will be excluded from the communications ecosystem. Verbal communications, gestures, and eye contact, are no longer possible or understood by the ‘what’ that is now the driver. From the AV’s perspective, and the manufacturer’s, bystanders are a nuisance as they present unpredictable situations. As the bystanders are human they are not equipped with sensors that enable communication with Things, which stands in the way of an optimal operation for the AV.

Since currently the vehicles are being developed by mainly car manufacturers, the design boundaries are limited to the vehicle itself. Thus more focus has been put on the trust of passengers in the AV, both in research and design. This limitation leads to communicative solutions placed onto the vehicle that would clarify the AV’s intentions (light rails, screens) but does not allow for a two way communication between AV and bystander.

Creating a solution that improves the communications between these two actors may result in a more trustworthy experience for the bystanders and a smoother operation for the AV.

This project will be done in collaboration with the Cities of Things Design Lab, as well as the People in Transit Research Program (PiT).  The first focuses on how Things will become part of our future cities., how we as humans will interact with them and how the Things behave within their new role as a citizen. PiT aims to design new mobility systems and services from a human perspective rather than taking a new technology as the starting point, similar to this project.

*Things can be described as: “data-enabled artifacts with performing capabilities which are able to connect with existing networks of data, collect real time data, act pro-actively, and potentially behave socially.” [2] 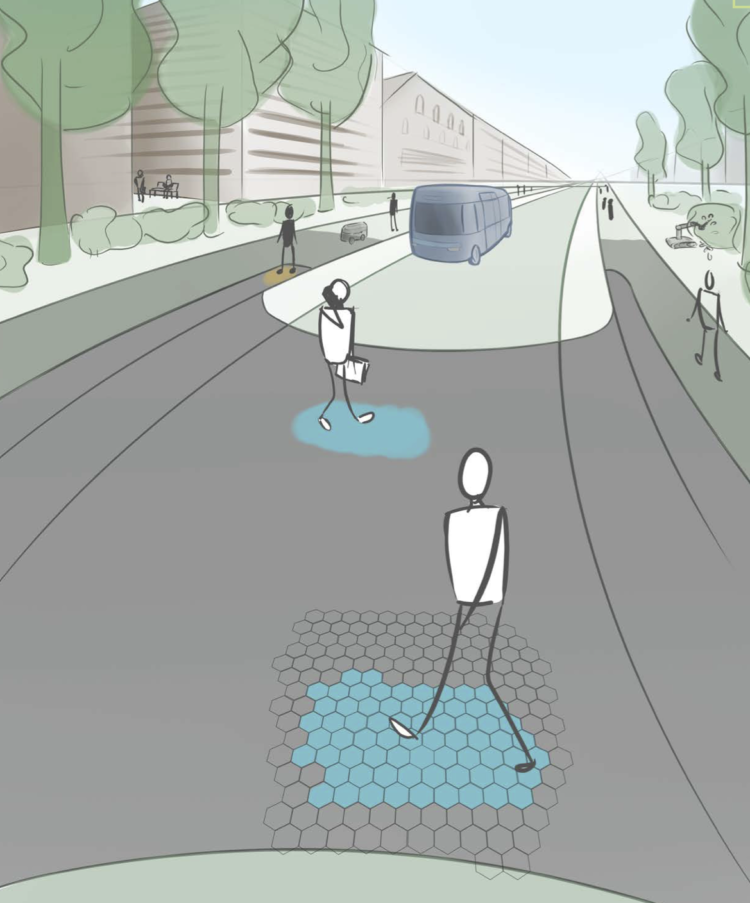 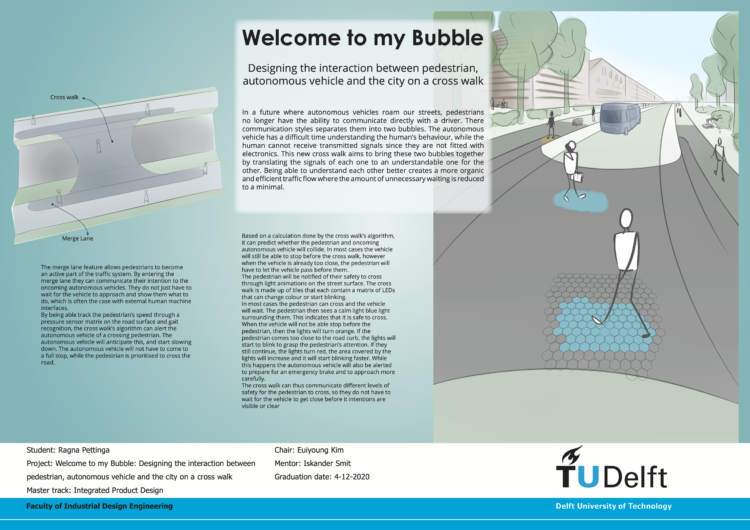